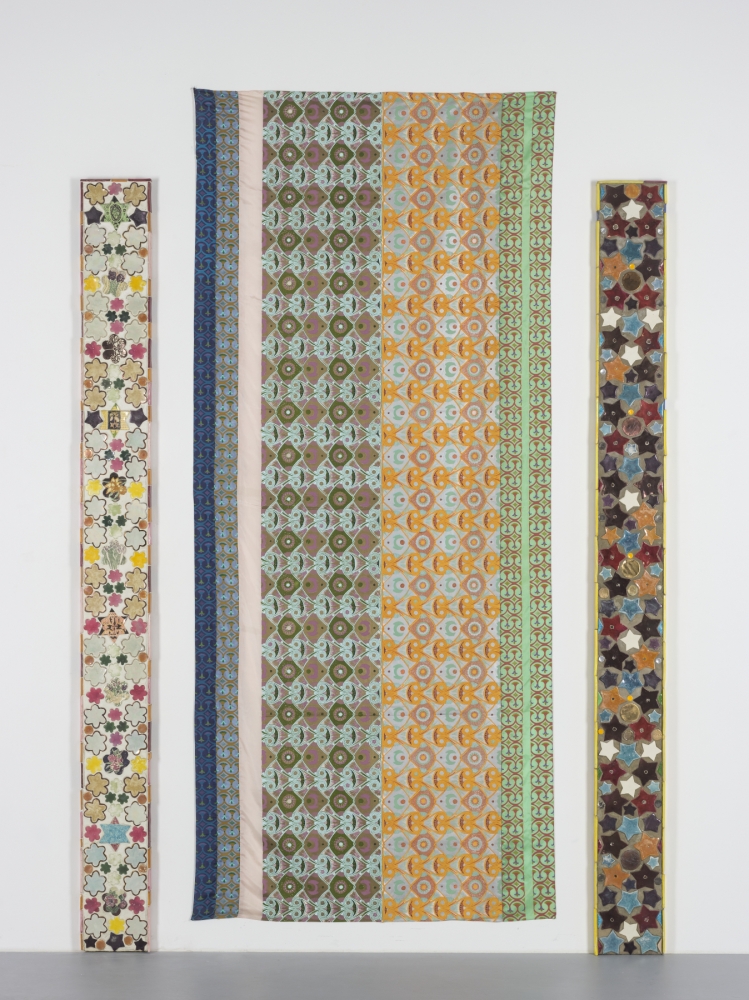 To kick off our exhibition Pattern and Decoration. Ornament as Promise, we are staging a panel discussion among artists from the Pattern and Decoration movement. The format of the panel has not been arbitrarily chosen: Pattern and Decoration was born, in a manner of speaking, from both private and public conversations that took place among artists in the mid-1970s. On January 26, 1975, artist Robert Zakanitch held a general pattern“ meeting at his loft on Warren Street in New York, attended by, among others, art historian Amy Goldin, Valerie Jaudon, Joyce Kozloff, Robert Kushner, Miriam Schapiro, and Kendall Shaw. This was followed by informal meetings at New York apartments, as well as by panel discussions such as The Pattern in Painting (1975), and Is Painting one of the Decorative Arts? (1976), at Artist‘s Space, New York, and Decorative Painting (1977), at the College Art Association‘s annual conference in Los Angeles.

In these often heated conversations, a group spirit formed: the idea of a collective voice that could bring a different aesthetic and social awareness to the art world. As artist Robert Kushner remembers: “The group and its support was all important. A game changer. A validation. Without the group, I believe our work would not have grown, gained its strength, and certainly not its public visibility.” With the panel discussion at mumok, we are revisiting the ideas that brought those artists together in the first place and reflect on what they might mean to us today.

The event is held in English.
Location: mumok cinema