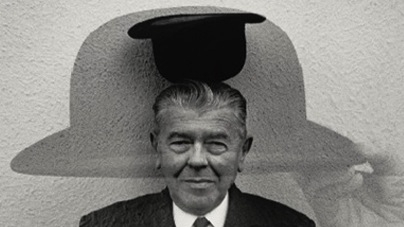 Michals was a pioneer in the 1960s when he broke away from established traditions of documentary and fine art photography. Rather than respecting the primacy of the photographic print, Michals added handwritten messages and poems to the paper surface. Instead of accepting the widely recognized dominance of a powerful single image, so respected by masters like Ansel Adams or Henri Cartier-Bresson, Michals created sequences of multiple images to convey visual stories. He has always considered himself to be a storyteller.