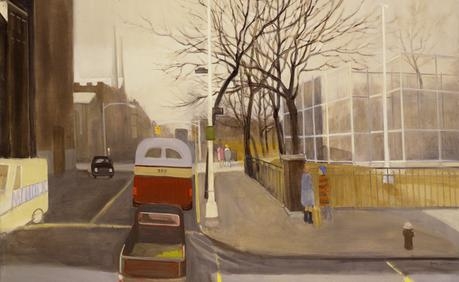 In conjunction with the exhibition, Jane Wilson at 90: East Village/East End.

Elisabeth Sussman is Curator and the Sondra Gilman Curator of Photography at the Whitney Museum of American Art. Recent projects include co-curating the 2012 Whitney Biennial, and organizing major exhibitions of the work of Paul Thek, Gordon Matta-Clark, and Eva Hesse. She wrote the essay for Jane Wilson: Horizons, published in 2009 by Merrell.

Mimi Thompson is a writer based in New York City. A frequent contributor to BOMB Magazine, she has interviewed Jane Wilson for the publication in 1991 and 2011. Other recent work includes catalogue essays for Al Taylor, Robert Rauschenberg, and Keith Haring exhibitions.

RSVP: info@dcmooregallery.com
Back To Top