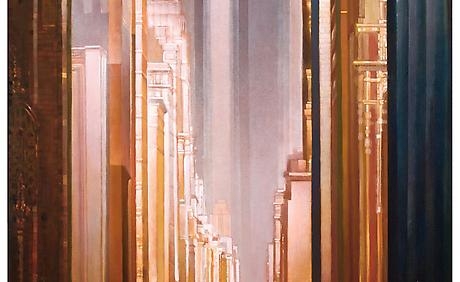 In Conversation: Mark Innerst and Richard Milazzo from DC Moore Gallery on Vimeo.

Richard Milazzo is a critic, curator, and an independent scholar. He is the author of major monographs on Malcolm Morley, Robert Longo, Saint Clair Cemin, and Ross Bleckner, among others. He has followed Mark Innerst’s work since his first show in New York at The Kitchen in 1982. His monograph on Mark Innerst in 2007 is one of the most vital documents written on the artist’s work to date.
Back To Top