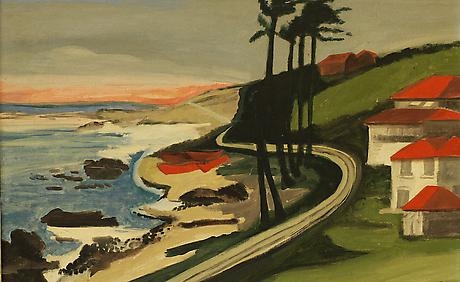 The exhibition Caribbean: Crossroads of the World is the culmination of nearly a decade of collaborative research and scholarship organized by El Museo del Barrio in conjunction with the Queens Museum of Art and The Studio Museum in Harlem. Presenting work at the three museums and accompanied by an ambitious range of programs and events, Caribbean: Crossroads offers an unprecedented opportunity to explore the diverse and impactful cultural history of the Caribbean basin and its diaspora. More than 500 works of art spanning four centuries illuminate changing aesthetics and ideologies and provoke meaningful conversations about topics ranging from commerce and cultural hybridity to politics and pop culture.

Counterpoints reflects on the economic developments of the Caribbean, focusing on the shift from plantation systems and commodities such as sugar, tobacco, and banana to the energy and tourism industries, which have had tremendous aesthetic and social impact while proving to be a source of wealth and conflict.
Patriot Acts studies the central role that creole culture and notions of hybridity, supported by newly empowered local economic forces, play in the configuration of national and regional discourses of identity, and how artists and intellectuals often pitted traditional, academic aesthetics against the “authentic,” indigenous and African heritages of the Caribbean.

Fluid Motions examines the complexities of the geographical and geopolitical realities of a region made up of islands and coastal areas, connected and separated by bodies of water, where human and natural forces collide, and commercial routes has often camouflaged foreign imperial ambitions.

Kingdoms of this World considers the amazing variety of visual systems, languages, cultures and religions that co-exist in the Caribbean, and their role in the development of popular traditions such as syncretic religions, popular music genres, newly created languages, and the carnival.

Shades of History explores the significance of race and its relevance to the history and visual culture of the Caribbean, beginning with the pivotal moment of the Haitian Revolution in 1791. Race is analyzed as a trigger for discussions on human rights, social status, national identity, and beauty.

Land of the Outlaw addresses the dual images of the Caribbean as a Utopian place of pleasure and a land of deviance and illicit activity, and how they intertwine in a myriad foundational myths and mediatic stereotypes (from pirates and zombies to dictators and drug smugglers) that are now part of global popular culture.
Back To Top