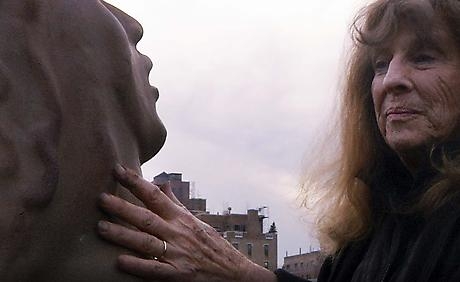 Visions of Mary Frank, a documentary film by John Cohen, will be showing at New York City's Film Forum from April 16-22, 2014.

Mary Frank and John Cohen will be doing a Q&A following the April 16, 8:20 PM screening.

This new documentary film on Mary Frank offers an inside glance into the studio and life of the active artist, who since the 1950s has been so operative in the New York City arts community. Filmmaker John Cohen has known Mary Frank for over 50 years, and not only as an artist, but also friend, subject, and activist. This portrayal includes insight into Mary’s activism in antiwar protests, as an advocate for solar cookers in Africa, as well as how she was portrayed and photographed by others including Walker Evans, Edward Steichen, and then husband, Robert Frank. The film is a window into Mary’s vision, as well as other’s visions, of her.