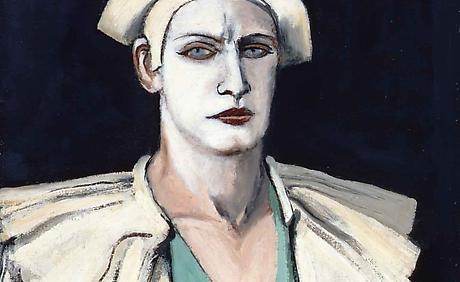 Please join us for the opening reception for Walt Kuhn: American Modern, Thursday, February 7, from 6-7:30 pm.

The Archives of American Art will present a special reading of Walt Kuhn's letters by Michael Murphy at 7 pm.

ONE OF THE FOREMOST AMERICAN ARTISTS of the twentieth century, Walt Kuhn (1877–1949) received great acclaim during his lifetime for the bold simplicity and psychological intensity of his modernist paintings of showgirls and circus performers, as well as his still lifes. He was also one of the principal organizers of the landmark Armory Show of 1913, which introduced the American public to avant-garde European art and helped change the course of painting and sculpture in the United States. This first major exhibition of Kuhn’s work in decades, on the occasion of the 100TH anniversary of the Armory Show, includes major loans from museums and private collections.

THE STORY OF THE ARMORY SHOW, a milestone in American art history, could not be told without the collections of the Smithsonian’s Archives of American Art. The Archives holds the largest accumulation of primary source material related to this watershed event including a treasure trove of let- ters written by the organizers of the show, especially those from Walt Kuhn, one of its most active participants. Kuhn’s letters to his wife Vera and his associates are often vividly descriptive, with frequent passages of humor and revealing expression.

THE SMITHSONIAN’S ARCHIVES OF AMERICAN ART is the world’s preeminent resource dedicated to collecting and preserving the papers and primary records of the visual arts in America—more than 2,000 oral history interviews and 20 million original letters, diaries, sketchbooks, scrapbooks, photographs, film, and audio recordings of artists, art dealers, critics, and collectors. Visit www.aaa.si.edu to learn more.
Back To Top